A rather prophetic rant about the Grammys 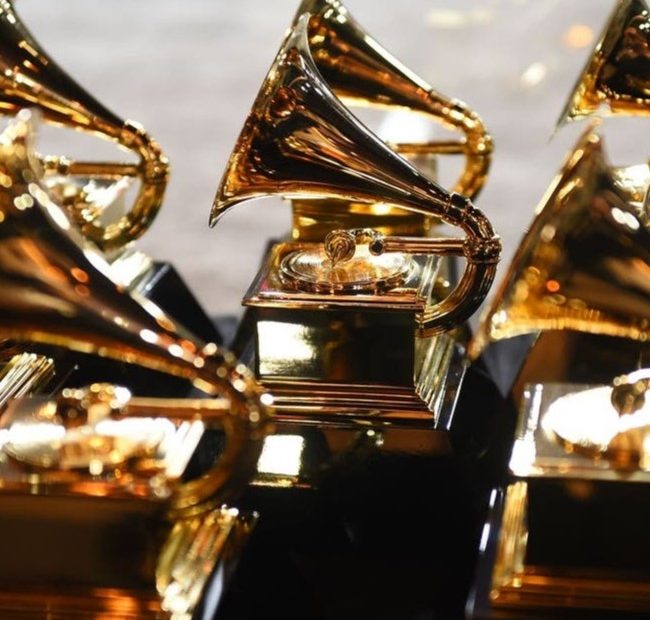 I hate award shows, especially the Grammys. Before I describe why, here’s a brief background on modern toy marketing.

Mattel released the Barbie doll in 1959, and enjoyed years of steady sales worldwide. In 1964, Hasbro Toys released GI Joe – the world’s first “action figure”. Understanding they couldn’t compete with Mattel in the young girl market, Hasbro decided to target boys instead. GI Joe enjoyed huge success as a top seller for several years, but interest in military toys eventually declined until the line was cancelled in 1978.

In 1975, Mego toys (the makers of such classic action figure lines as World’s Greatest Super Heroes, Planet of the Apes, and Star Trek), released the Micronaut action figure line, based on the Japanese toy Microman. The line was the first major “small” action figure line in North America, and enjoyed some success, even spurring a quickly forgettable Marvel comic.

Mego was soon offered the rights to produce the Star Wars line of action figures in 1978. They declined, and instead decided to license “sure-bets” like Disney’s “The Black Hole” and “Star Trek: The Motion Picture”. Both lines were miserable failures while the Star Wars line, picked up by Kenner, completely redefined toy sales in North America. Lucas got the formula right. He took a box office smash coupled with heavy print and TV marketing, cross-promotional sales, and complete saturation of the market with Star Wars paraphernalia. Mego, on the other hand, did little with the Micronauts or any of their other lines except stock shelves and wait. That’s why they went bankrupt at the start of the 80s.

Now, with the extraordinary success of Kenner’s Star Wars line, Hasbro decided to bring GI Joe back in 1982. Instead of the old 12″ figures, GI Joe was re-released as a host of 3 3/4″ figures. The line was also accompanied by a Marvel comic book and an animated TV show produced by Sunbow (the same folks that brought you The Transformers, Battle of the Planets, and Robotech). Sales went through the roof, and due to renewed market interest, Hasbro reintroduced the old 12″ figures in 1991, primarily for nostalgic collectors. The new GI Joe line (both small and large figures) enjoyed success for 12 years, until 1994. After a 3-year hiatus, interest in the line once again created another relaunch in 1997.

The small GI Joe action figure line was a huge success, and proved a line of toys didn’t necessarily need a smash movie to back it. It was one of many such initiatives, like He-Man and the Masters of the Universe, Strawberry Shortcake, My Little Pony, Care Bears, etc. The formula was very simple – release a line of toys with MANY characters/vehicles/locations, put a TV show and/or a comic book behind it, and watch the toys sell like hotcakes. If the line proved modestly successful, the consumer was given MORE things to buy, like sleeping bags, lunchboxes, underwear, pens, stickers, you name it. The GI Joe animated series and the Marvel comic book were poor at best, often little more than a broadcast catwalk designed to introduce new toys. They did their job well, though, captivating the attention of children and ensuring that the not-so-hidden message of “BUY BUY BUY” was clearly understood.

Today, the idea of toys corresponding to movies and TV shows is so ingrained in our collective psyche that we have come to expect every kid-oriented property to release a horde of products to satisfy consumers. Look at all of the stuff available for Harry Potter fans. Once, if a child wanted to pretend s/he was Harry Potter, they would have grabbed the broom out of the closet and made Hogwarts out of a cardboard box. Thanks to the film, you can buy the official Harry Potter Nimbus 2000 Broom for $29.95 and a Hogwarts Playhouse for twice that. The fervour caused by the release of Star Wars: The Phantom Menace verged on insanity. The day the movie hit the theaters, Toys-R-Us stocked hundreds of thousands of action figures, vehicles, binders, pens, stickers, costumes, lightsabers, and more. They sold out within days.

The music business is no different.

The Grammys have become nothing more than a conduit for showing off the record industry’s flavours of the week. All of the “artists” they push are the same ones you hear on the radio every 20 minutes. They are nothing more than a marketable product. We buy into it, and follow the lives of these cultural icons, these “artists”, as if they were old Greek gods and heroes. But really, should the intimate details of these people concern us?

I love music, but I hate the fact that year after year, the Grammys showcase an infinitesimal percentage of the music that is really out there. I’m tired of seeing alternapop purported to be cutting edge, and seeing an “artist” enjoy a career that blooms along with her cup size.

Take a good-looking person with a modicum of musical ability, plaster their image everywhere possible, put them on talk shows, make them play a host of concerts, and bang! you have an instant music sensation.

To top it off during the 2002 Grammys, we were treated to the most embarrassing load of bullshit delivered on TV since the O.J. trial, direct from the mouth of Recording Academy President and CEO Michael Greene. I firmly believe in protecting an artist’s right to own his or her music, but I do NOT believe in stifling emerging business or the development of new technology because an outdated infrastructure is in jeopardy. Artists’ rights may be in question, but it seems the music industry cares more about making sure its system of middle-management is maintained. If, as I hope, the Internet becomes a vehicle for the direct dissemination of music, then CD sales and distribution will become completely unnecessary. Guess who’s out of a job then? Not the artists.

In his 1961 farewell speech, Eisenhower told Americans to “guard against the acquisition of unwarranted influence, whether sought or unsought, by the military industrial complex.” The Grammys provide us with a brief glimpse into the “music industrial complex”, a system which seeks to preserve itself and its component parts through misinformation, deep-pocket lobbying, and scare tactics. The people that have the most to lose from a shift in music delivery are the middlemen and cash-cow performers, not the artists. If artists are provided with the ability to deliver their music directly to consumers, then the middlemen are no longer required. The talentless will also suffer, as consumers will be able to pick and choose from thousands upon thousands of artists without having to subscribe to the 5 dozen or so icons played on the top 40 stations at any one time.

The Grammys, folks, aren’t about recognizing musical talent anymore, they’re a runway fashion show designed to whet your appetite for glamour and satisfy your need for larger-than-life heroes. If that’s why you watch, enjoy the spectacle, but never EVER try to tell me that the Grammys are about talent or accomplishment. If you’re looking for honest recognition of great music, visit a second-hand record store and talk to the freak in the corner that talks to himself. Odds are, he’ll turn you on to some great new stuff. Head down to your local dive bar and listen to the piano guy. Hit a street corner where kids are cranking out freestyle like machines. Go to a club and listen to the new DJ spin. Stop for a moment downtown and take in the hippy busking on the corner. The good stuff is out there, all you need to do is turn off the Grammys and listen.